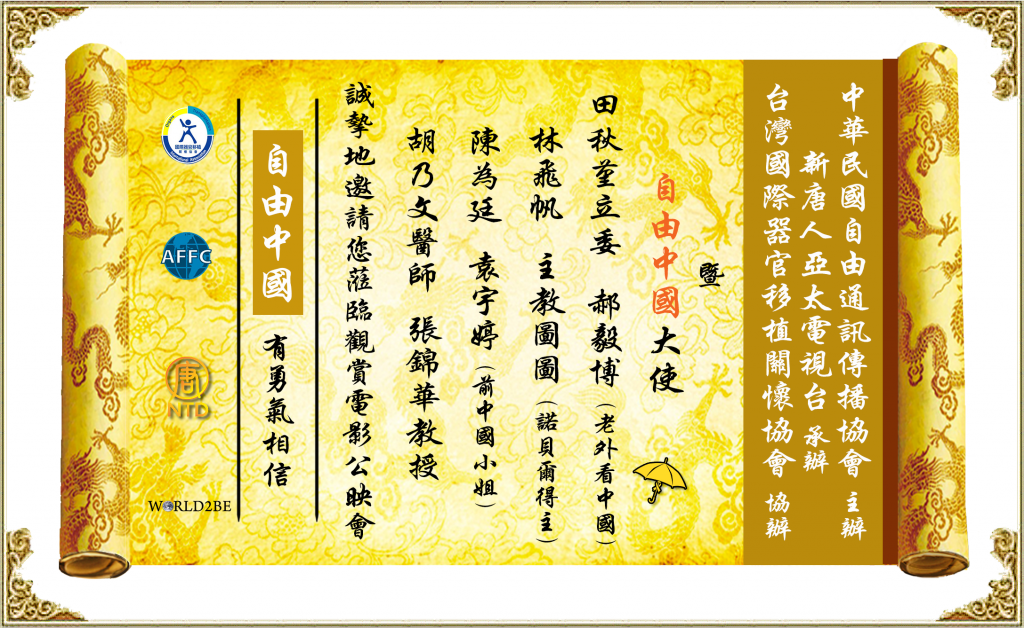 BACK IN JULY 2009 when I first met Michael Perlman, director of Tibet: Beyond Fear, I shared this epiphany with him: “If you want to help Free Tibet…you need to help Free China first!” That same night we shook hands and agreed to make a film called just that “Free China.”

When I think back to the storyline of this film that I was so privileged to produce, I think back to how my grandparents also left China in search of freedom, a better life for themselves and eventually for us. As a result of this, I grew up not in China, but in the leafy suburbs of Melbourne, Australia. And during this rather carefree childhood and teenage years, I was pretty much oblivious to what was really happening back in China.

So it was really a defining moment on June 4th 1989 when I saw university students just a few years older than me, being shot down and massacred in Tiananmen Square. I remember there were these feelings of complete and utter helplessness. But I’ll also never forget that following day, the historic image of the ‘Tank Man’; the anonymous and courageous man who stood defiantly in front of a column of tanks and captured the imagination of the entire world’s hopes for freedom.

Looking back, a whole decade came and went quickly and during this time, life continued as ‘normal’: college, work…the hustle and bustle of modern life. And the hopes of true freedom for China were but a distant memory as we all assumed life would also continue in China after the protests were silenced by Government troops. With the rapid economic progress, we all just thought the Chinese Communist Party would eventually ‘loosen up’ and give more freedoms to its people. So we hoped…

So it was also another fateful day in 2001 when I first met Jennifer Zeng, the main protagonist in our film. A slave labor camp survivor, she had just fled China and landed ‘Down Under’ in Melbourne, Australia, smuggling out with her on floppy disk, her unfinished memoirs which eventually became the international best seller Witnessing History: One Woman’s Fight for Freedom.

As she recounted her incredible story of persecution, faith and courage; yet again, there was this sense of despair. How could such a person who simply practiced a peaceful Buddhist/Taoist meditation system called Falun Gong, be a threat to the regime? Why did the government enact a nationwide crack down on this spiritual movement that was based on traditional Chinese culture and the three core principles of Truthfulness, Compassion and Tolerance; sending millions of its practitioners into slave labor camps and brainwashing classes, torturing countless thousands to death? How could this be still happening in China…in the 21st Century?

So for the next few months, I helped Jennifer with her political asylum. As I too had taken up the meditation practice of Falun Gong years earlier in 1997 in Australia along with my whole family, the regime’s oppression had become more than just another ‘crime against humanity’…it had become personal. This time, along with the many thousands of overseas Falun Gong practitioners who had become active in helping raise awareness about the persecution, I knew I couldn’t just sit back and ‘hope for change’; I had to be part of it.

Following my calling, I eventually moved to New York City to help with the pioneering efforts of New Tang Dynasty Television, a Chinese and English language non-profit TV network headquartered in New York, dedicated to bringing truthful and uncensored news to and from China.

As the persecution continued, more atrocities gradually surfaced including claims of harvesting of organs from live Falun Gong practitioners. These claims weren’t just coming from asylum seeking doctors who said they had taken part in those operations, but independent investigators such as Nobel Peace Prize nominated human rights lawyer David Matas and former Canadian secretary of State (Asia Pacific region) David Kilgour. I mean, it’s one thing to hear about how Falun Gong practitioners were forced to make in appalling conditions promotional stuffed rabbits for Nestle and others such things as Homer Simpson slippers…but being killed for your organs for profit? That was unimaginable. (Please see the latest book out by Ethan Gutmann, who was also featured in the Free China film, titled “The Slaughter”.)

As David Kilgour said in our film “ ‘Yes we have Falun Gong practitioners here. Come and get them!’ Makes you think of some grotesque restaurant where you go in and you pick your lobster in a tank. But these are human beings we’re talking about!” Now what he was referring to is the illicit organ tourism trade that still exists today and is a multi-billion dollar industry. To put things into perspective, in the US, the median wait time for an organ transplant is measured in years while in China, you can get pretty much whatever you want…within a few weeks. What these recipients perhaps don’t realize is that these aren’t just executed prisoners or volunteer donors, but essentially innocent people who are killed on demand.

So it was while I was working in New York that I met Michael Perlman, who ultimately became the director of Free China: The Courage to Believe, a documentary film largely based on Jennifer’s story. After winning about a dozen international awards, last year we finally released our film theatrically in New York, Los Angeles, and other cities around the world. We’ve also been honored to have over 700 screenings in 26 countries: including US Congress, Israeli and EU Parliaments, and Google Headquarters. We’ve also gotten the support of Nobel Peace Prize Winner Desmond Tutu, who co-authored with blind activist Chen Guangcheng the statement: “A Year for Human Rights in China.”

The passionate, grass roots response to this film has been amazing and I think it’s partly because people are beginning to realize, that if China does not become a free nation, it will impact our own freedoms. So here’s where we can all make a difference in today’s interconnected world of social media. This year, our plan is to release the film into China, via Satellite and the Internet, entirely for free.

Importantly, as highlighted in the film, we now have the technology to breakthrough the Great Internet firewall that was built by Cisco to create a ‘Big Brother’ Internet landscape in China. And our goal is to move the hearts and conscience of the people inside China, who have largely turned a blind eye to the persecution. In fact, many Chinese have been poisoned by the propaganda from the regime, falsely labeling Falun Gong practitioners as ‘suicidal’ and ‘evil.’

Perhaps the main reason why this dictatorship decided to crackdown on this spiritual movement which by their own estimates had outnumbered the Communist Party membership of 70 million people, was simply because they were genuinely fearful of the increasing popularity of this home grown spiritual practice that they had no control over unlike the other State sanctioned religions. This moral and cultural renaissance ultimately threatened the legitimacy of a brutal regime that was mired by rampant corruption. In essence, it is the classic case of Good versus Evil.

But as history has shown, there is a non-violent way forward to bring about freedom. It’s simply spreading the truth about the persecution in China and around the world. Together alongside other independent Chinese media, we’ve partnered with The Global Internet Freedom Consortium, developers of the world’s leading anti-censorship software. And over the last 10 years, millions of people in China have been using this technology to gain Internet freedom…the same technology which allowed hundreds of thousands of Egyptians access Facebook before a million people mobilized in Tahrir Square.

However, here’s the challenge. With all the conflicts in the world today, most people still don’t know anything about how these organs are taken from innocent Falun Gong practitioners and sold to the highest bidders. So our main goal is to continue to raise awareness about this atrocity. At the same time we’re planning to compose a new song for Freedom, enlisting the support of more celebrity singers from around the world to rally behind this freedom movement; one which is really about peace and freedom for all of humanity. To learn more about how you can help us ‘Breakthrough China’s Internet Firewall’ please visit and share this website www.HelpFreeChina.com with your family and friends on social media.

So please, come join us and become a part of this historic mission to bring freedom to 1.3 billion people in China. Since the persecution first began in July 20th, 1999… just over 15 years ago, I think the time has come to stand in solidarity with Falun Gong. Let’s stand for Peace. Let’s stand for Freedom for All!

Kean Wong is the Producer of the award-winning documentary film “Free China: The Courage to Believe.” For more information about the film and Help Free China campaign please visit www.HelpFreeChina.com 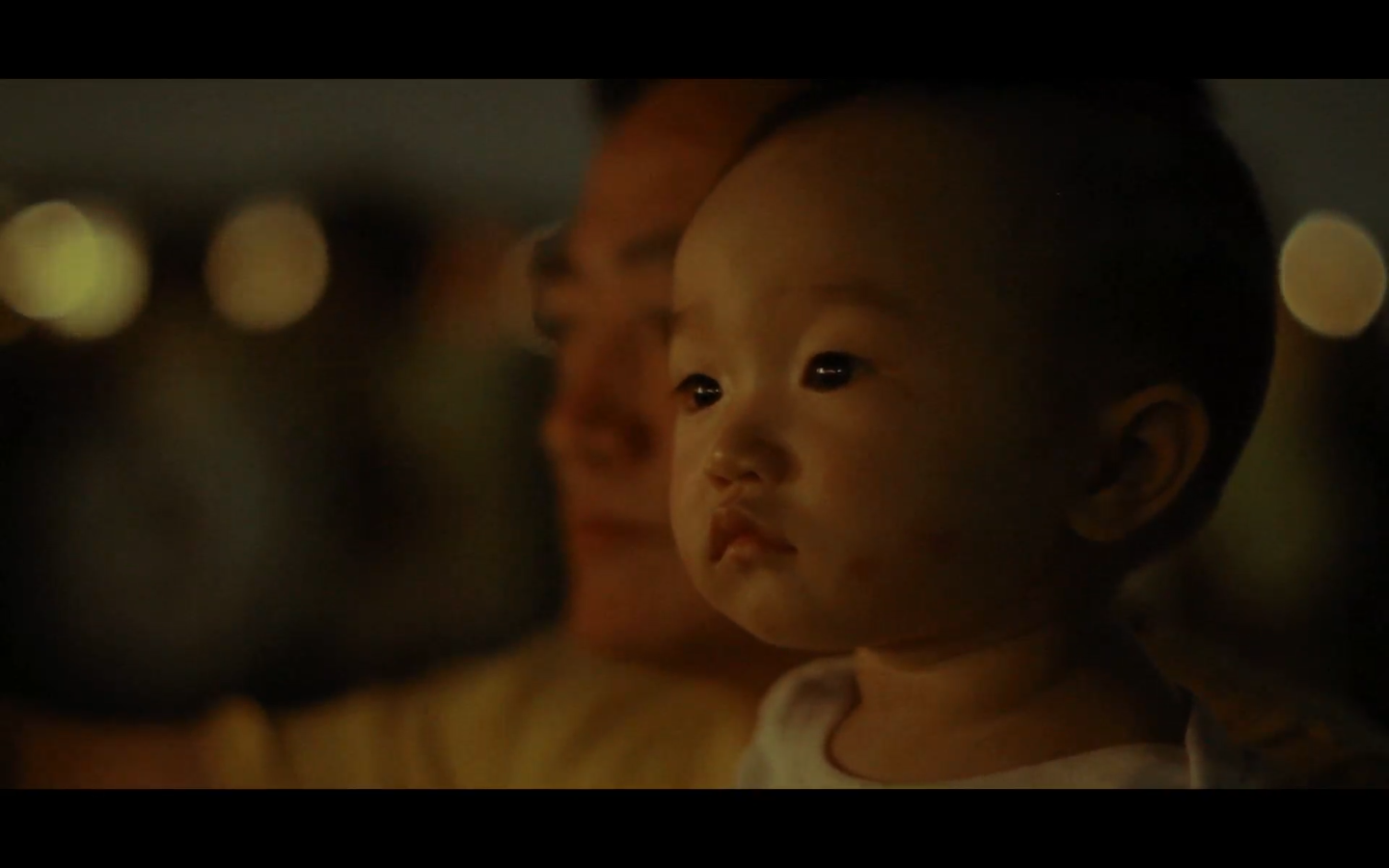 Dr. Charles Lee (other film protagonist, Chinese American businessman who was also persecuted in China for practicing Falun Gong) with his daughter at the candle light vigil in Washington DC, July 2010 when we first started shooting (scene from ‘Free China: The Courage to Believe’) 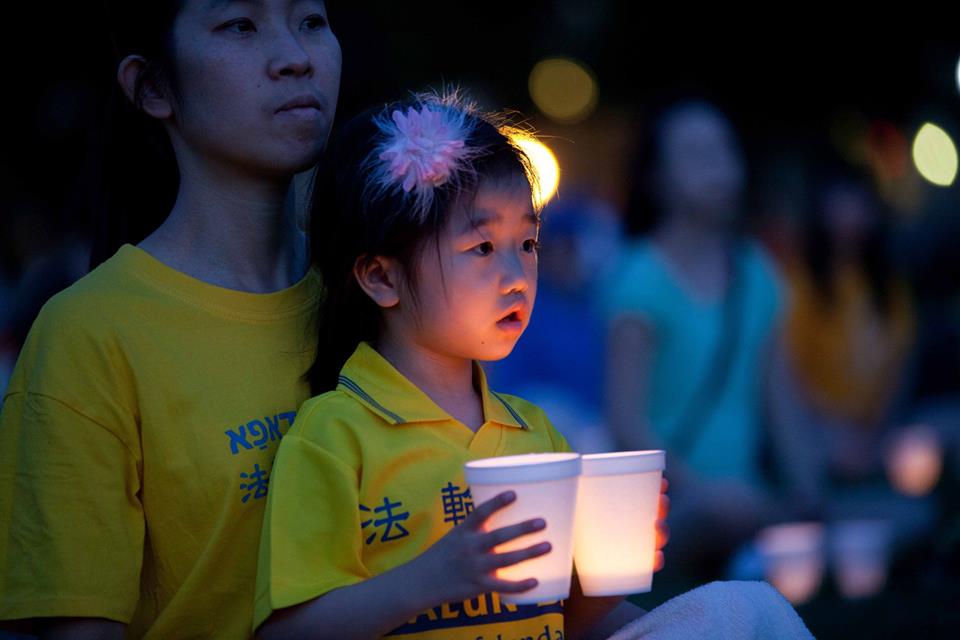 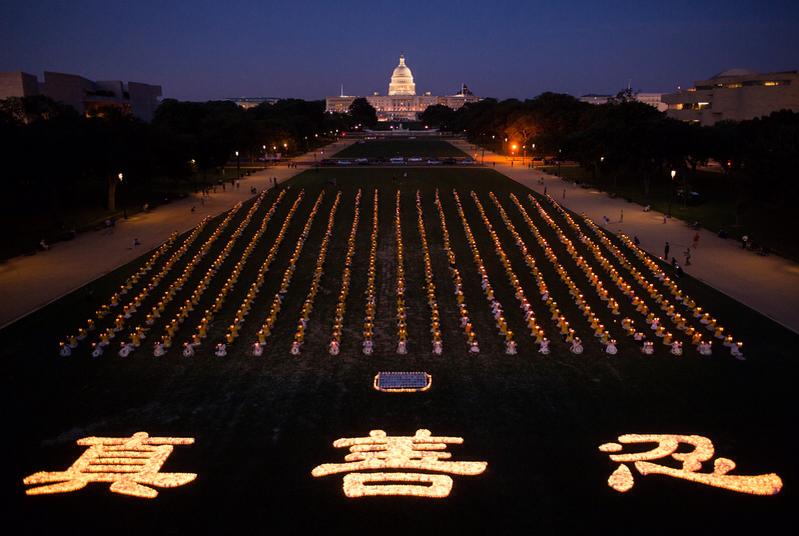 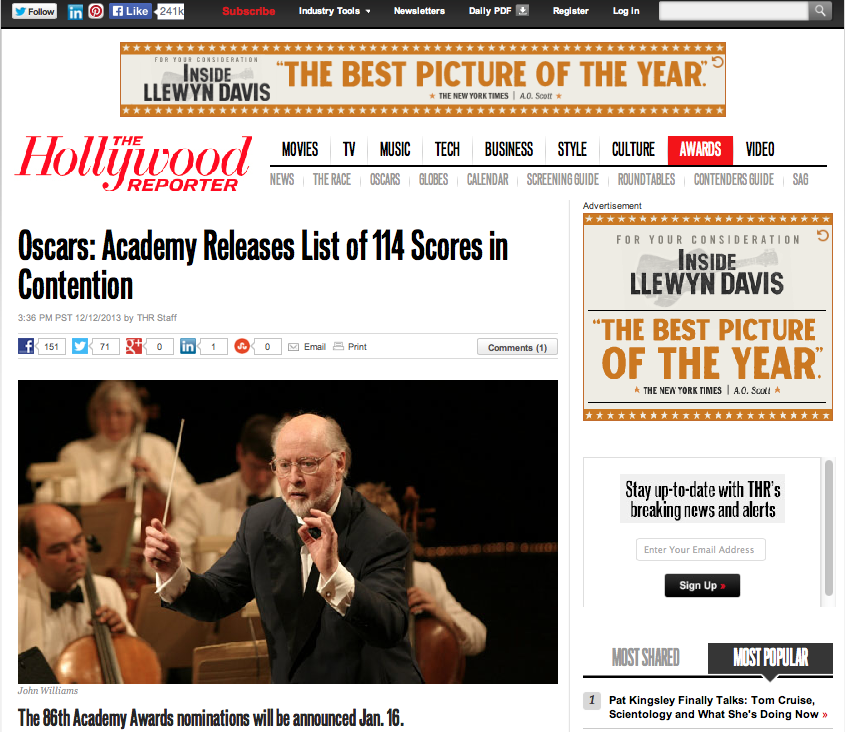 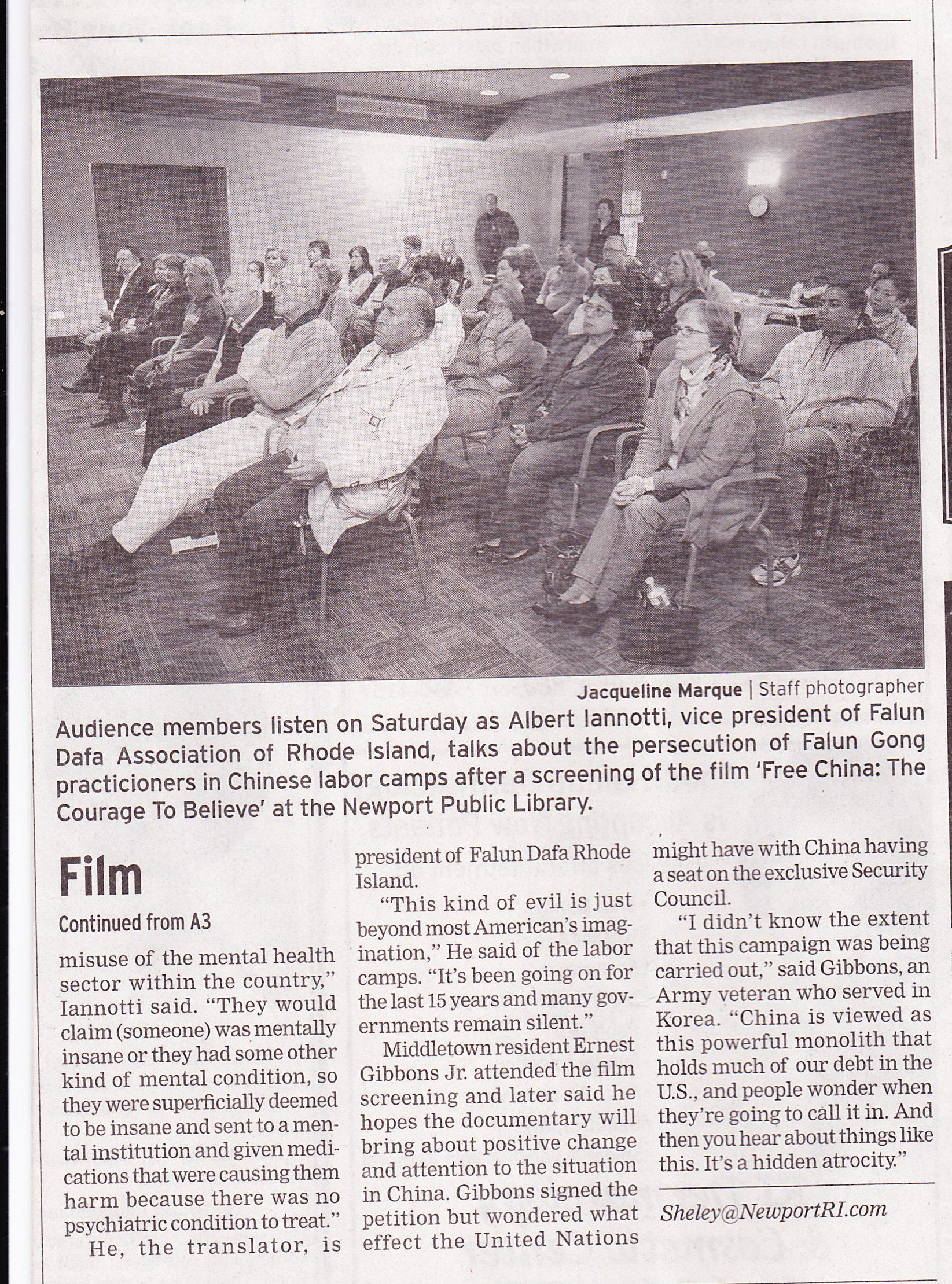 Please spread the word! ps if you haven’t had a chance to see it yet, don’t miss it! (61 minute film – in English, with Chinese subtitles).

Happy Thanksgiving Everyone!! Here’s to celebrating and being thankful of all the freedoms we have that we often take for granted!

Kean Wong, Michael Perlman and From Everyone on the Free China Team! 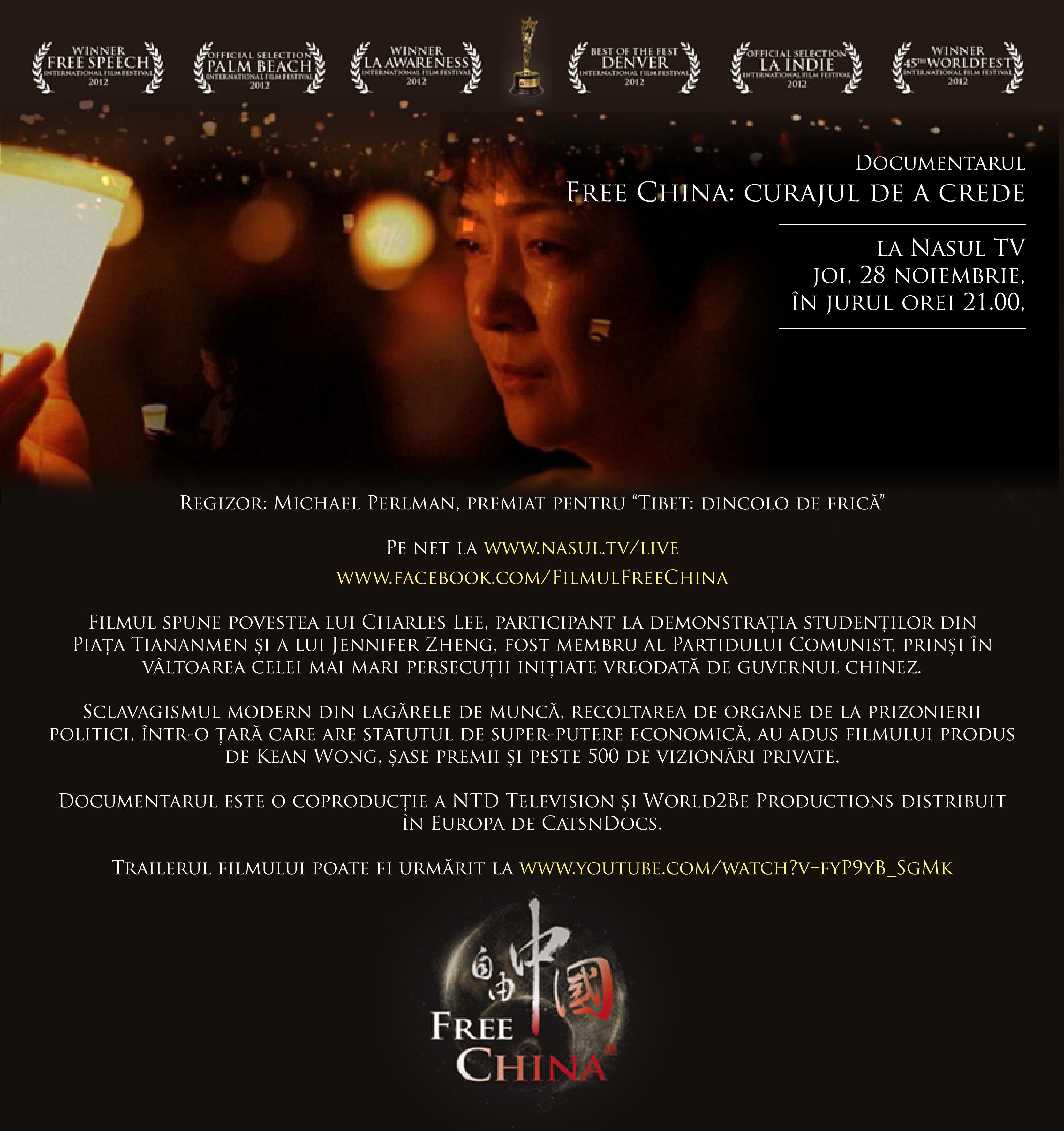 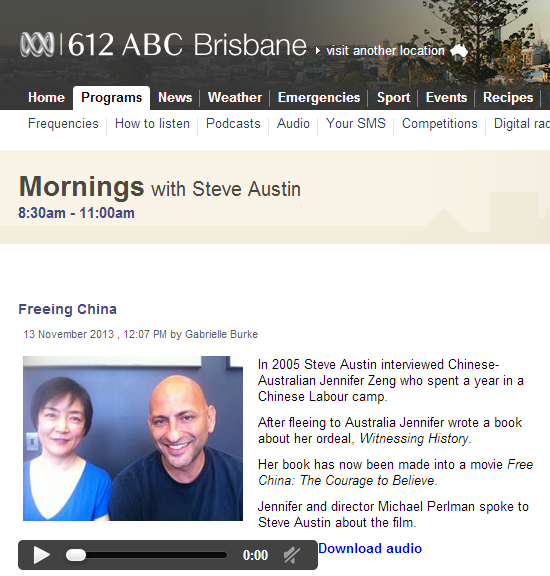 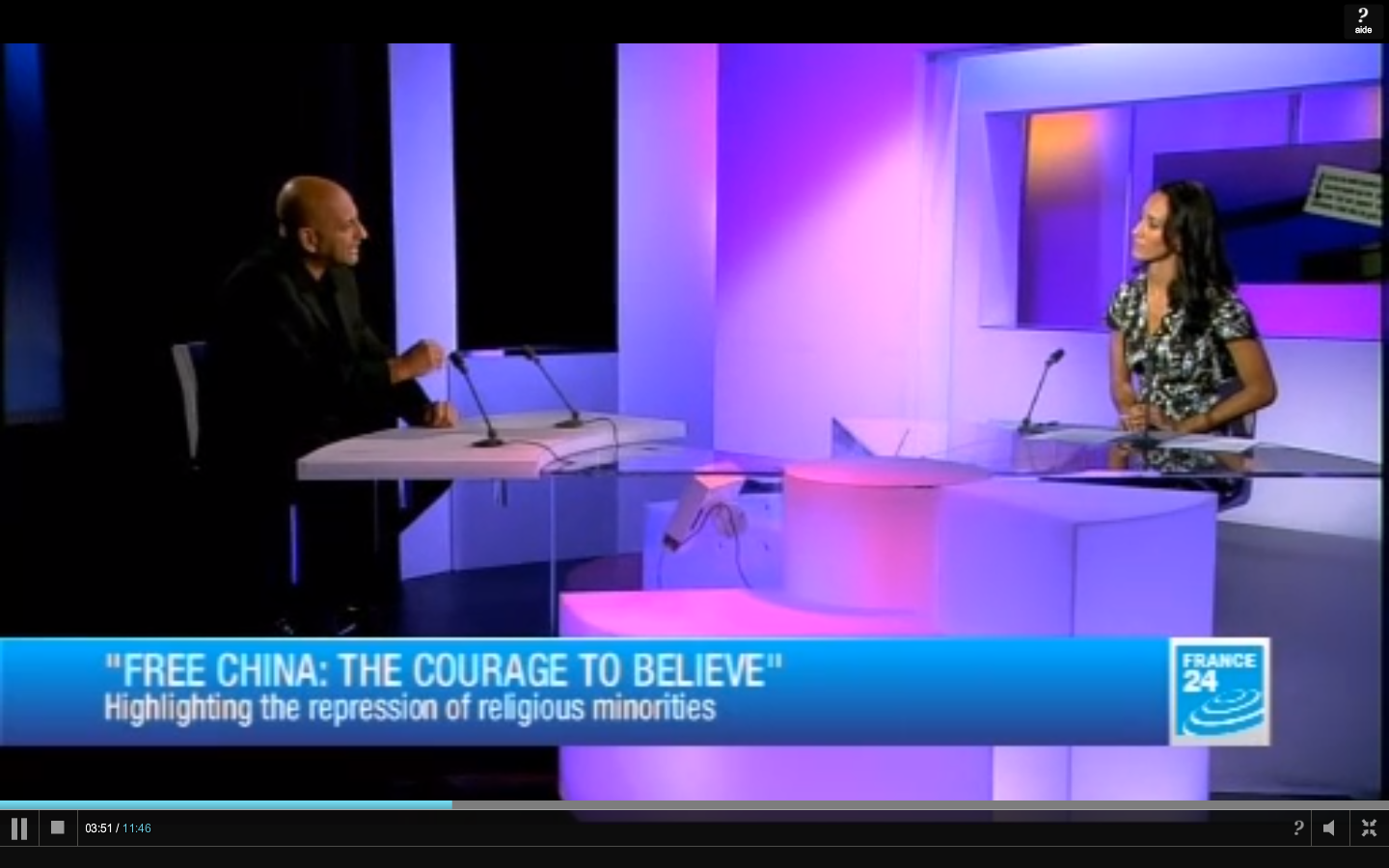 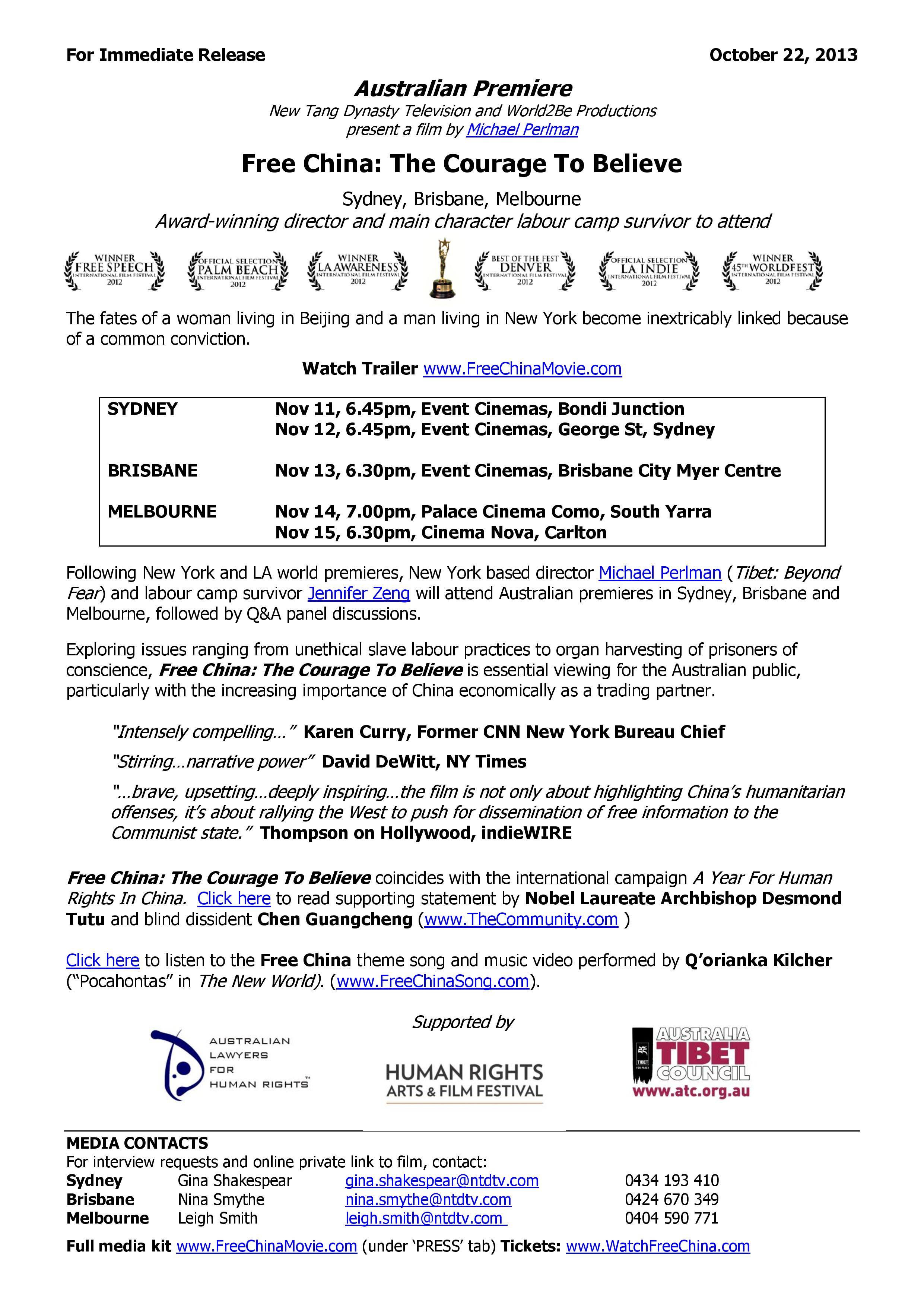